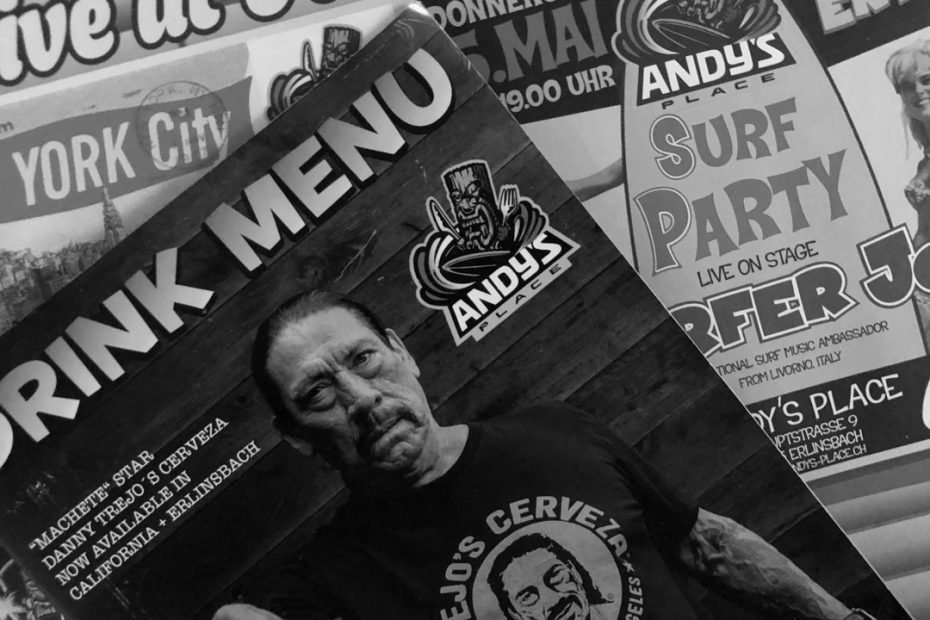 After the first three shows in an equal amount of countries, we’re slowly getting back in the “on the road”-state of mind. I’ll take this moment of piece -sitting at a big table in a multi-purpose room on the second floor of the Schlachthaus club in Dornbirn; our mattresses spread out over the floor, birds singing in the background and an annoying big fly buzzing around-, to write a little update.

On Thursday May 5 a 7+ hour drive, mostly under cloudy sky, brought us to rainy Erlinsbach where the meanwhile well-known @andys.place is situated. We had played there before and knew what to expect: great hospitality in a tiki bar that resembles more a museum of curiosities and afterwards overnight stay in a top notch Swiss hotel. Already mega excited from the start of the trip to eat the steak, Lorenzo’s excitement inspired us all which led me to enjoy a nice piece of meat with creamy green pepper sauce and spicy potato wedges. Ideal to stop worrying about the rain, change into the stage outfit in a shack next to the tent covering the stage and play for a bunch of enthusiasts defying the cold Swiss mountain air.

In landhotel Hirschen we enjoyed spacious bedrooms in an immaculate building and a tasty breakfast buffet including delicious croissants, different kinds of local nut pastes and sourdough bread. Unfortunately this royal breakfast didn’t suffice to get us to Ravensburg so we had to stop halfway and stock up on Lidl goodies. My lunch consisted of seasoned bulgur, filled green peppers and a little can of local sparkling wine on the side. You have to try the local stuff, right? Unfortunately pretty Ravensburg was also rainy and a bit chilly when we arrived, though that didn’t seem to bother locals huddling together on the terrace of @slainte_irish_pub_ravensburg, where I enjoyed a plate of fish and chips. Crispy baked cod, very tasty fries and a crisp salad on the side. Paired with a pint of Kilkenny. It’s an Irish pub, what do you want?

The night after the show something unexpected occurred. After enjoying my glass of Redbreast Whiskey -which now became my Slainte Irish Pub tradition, as the barkeeper remembered me being super excited about drinking it half a year ago- I was invited to an exploration of local Ravensburg nightlife, guided by Marie. Few minutes later we walk into a local kneipe which has a bar that takes up almost the whole place, where I started drinking most, a local brew, with musicians from a kapelle, dressed in the traditional outfit, who also had a concert earlier that night. Then on to the next bar for some kind of espresso shot, which turned out to be just a Jägermeister because they had already cleaned the coffee machine. Something to remember for next time I’m in Ravensburg by night.

The next day we went for an exploration of the town which surprisingly was very busy. It seemed there were some kind of festivities, with food and flea markets everywhere. While enjoying a bratwurst mit chili the sun even came out to play. Then we made the mistake to leave early for Dornibirn only to arrive here 2h early in a rainy village that, honestly, does not have that much to offer. We had a coffee and some giant almond ring, but that did not elevate much the level of energy. Luckily Sebi from Schlachthaus understands how to boost touring musicians’ morale. When he opened the door to the club, a giant stuffed pretzel was waiting for us: 1/3rd caprese, 1/3rd tuna salad and 1/3rd salami. We had never seen anything like this before! Boosting even more the spirits was the great sound of the venue, thanks to the sound guy. Everything was looking and feeling great.

Unfortunately the turn-out was rather poor and on top of that a bass string broke during the show. So it was with mixed feelings that we ended this show. However, again, the great hospitality -having take out Chinese food waiting for us in the backstage, and clean beds set up- kept up the mood and after a good night’s rest, acces to clean bathrooms with good showers, we’re ready to proceed to Mannheim for our show at Alter, hosted by @der.mannheim.kult. 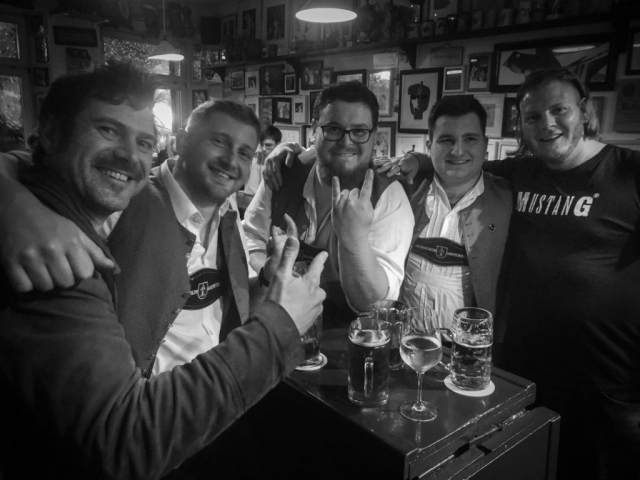 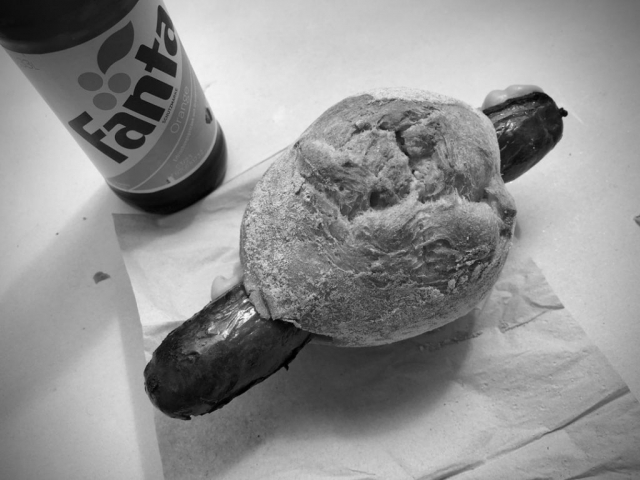 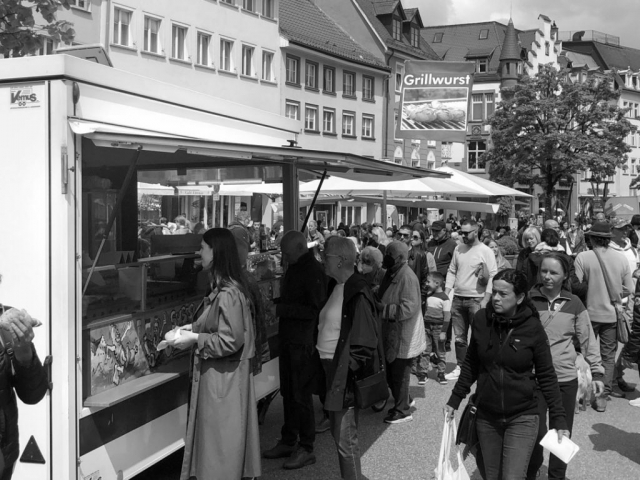 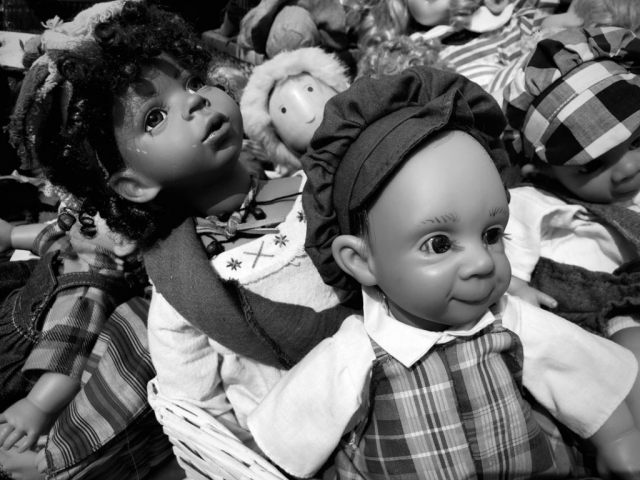 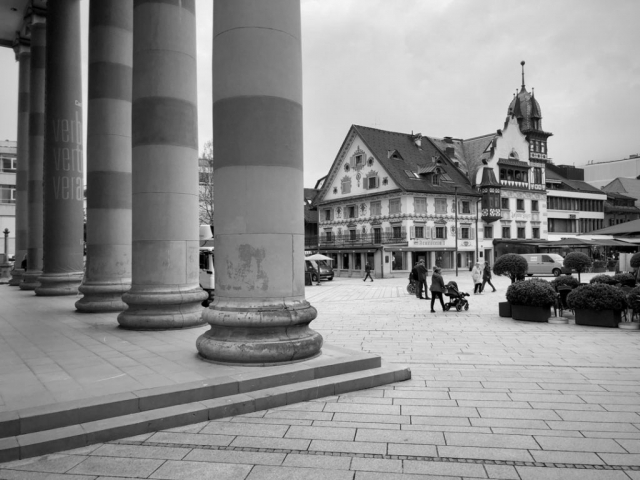 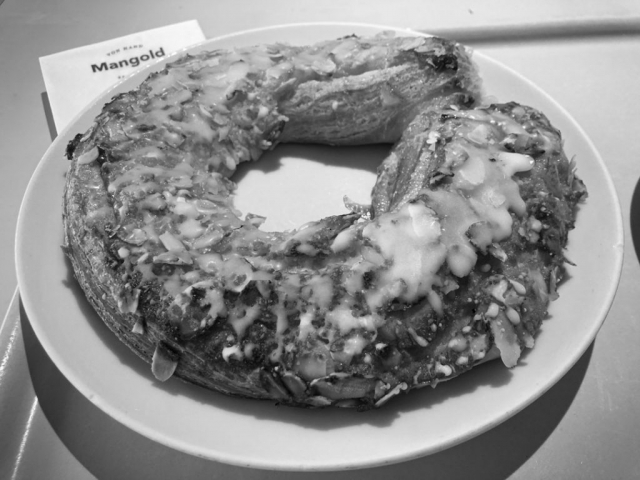 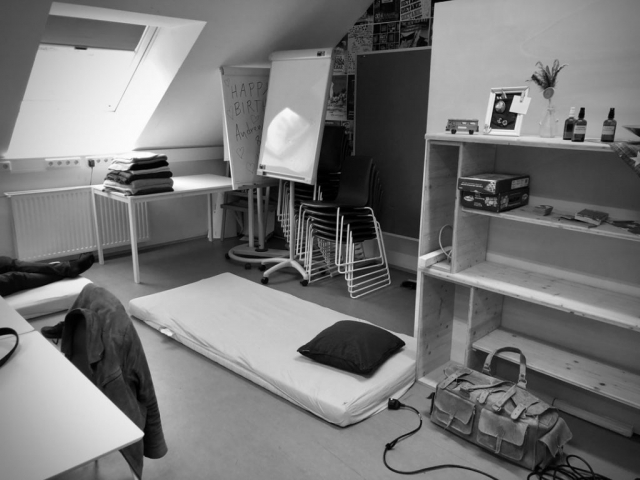 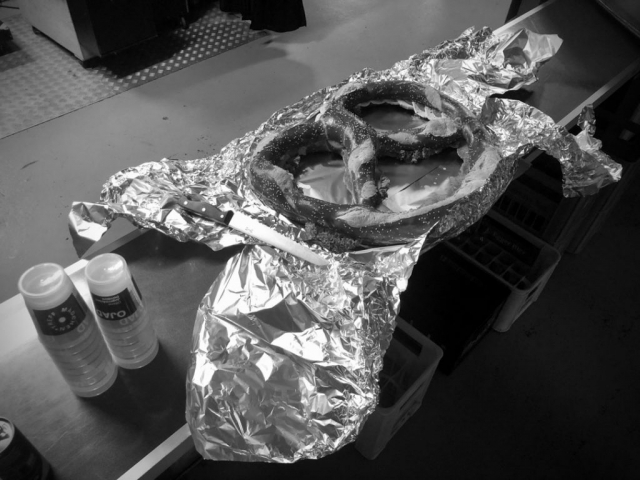 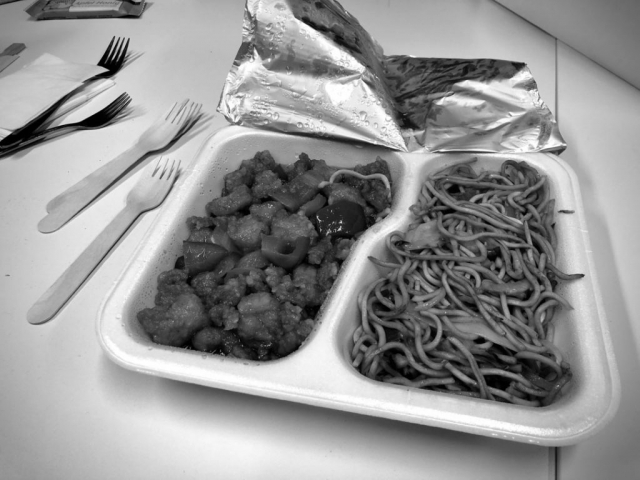